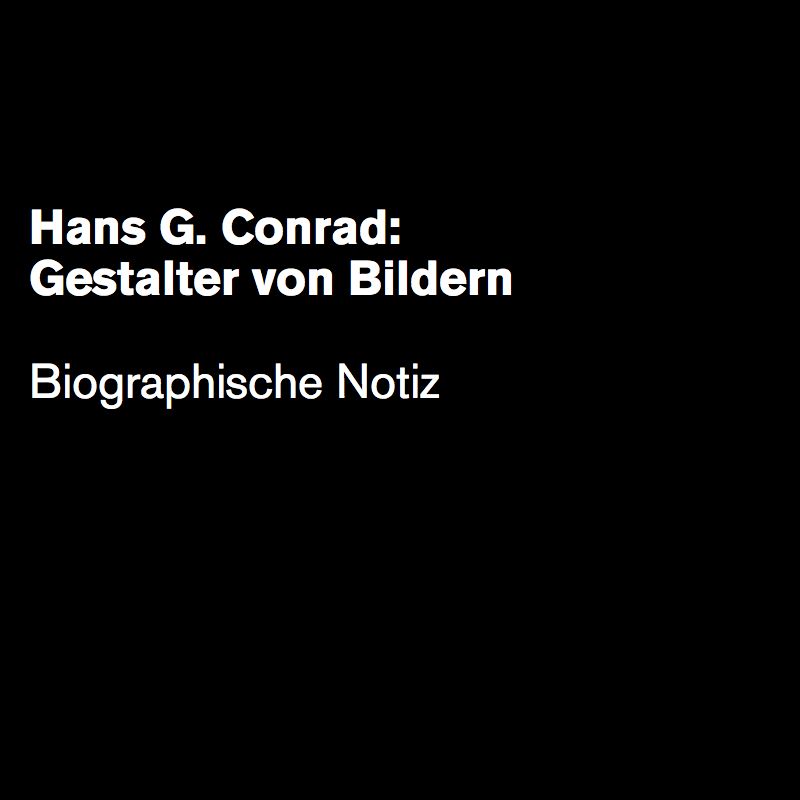 Summary Swiss-born Hans G. Conrad is considered one of the most influential »Gestalter« (photographer, visual artist, architect and product designer) of the modern western world after the end of the Second World War – yet for the wider audience his work is still undiscovered. Conrad shared the vision of »new photography«: After the horrible experiences of the German Nazi regime, he devoted himself to creating images of a new future. These images transport his deep and true belief in the bright light of humanity, based on technological and scientific progress, international exchange and cooperation. Conrad found a new esthetic for the transformation of the past into a new time, showing the new man living in his new society and new world made up of the achievements of a new power called design.